We meet here, Amongst Kindred Spirits of the Void, between Thoughts and Things, between This and That. In the Silence and the Mist, in the Twilight of the Valley where Heaven meets Earth. Find this- then the Spirit of the Valley will follow you wherever you go!

Magic might be called the „art of influencing events and producing marvels using hidden natural forces,“

the Daoist Sages say that Lawless is the Dao - the Ineffable Flux of Being. The Dao has Infinite Aspects, and is found Here and Now in the unmanifest and the manifest alike. Such are the ways of Anarchic Advaitic Philosophy.

In the Early Days of the Age of Aquarius, the Discordian Sages reCrystallized Chaos Magic into existance. And in the Latter Days of these Early Weeks, a Curious Lazy Wandering Wonderer known as the Dude hath manifested forth from a great cloud of Ganja. Of Malaclypse the Younger and Kayam Ravenhorst and of Pope Bob and Rob he has heard. Of the Ancient Daoist Sages and Zen Masters of the East he has heard, and of the Luminous Gnostics of the West he has Heard. And the Ways and Rituals of his Age he Practiced and Perfected. But he Sought the Laziest of Ways. 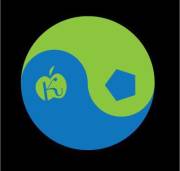 This particular Incarnation- the Dude of the Nether, did Hapenstance upon an Awesome Mountain called Aum. Striken by suddon urge and will, the Dude Climbed for 23 days and on the Apex he found the Nexus of all the Parallel Axes of the Dao. The Vision entailed a ying-yang of fire and water, in the circle of water, surrounded by a sea of fire, grew a great apple tree. From afar the Dude did a-See, an Intricate carving on the Tree. The sight of the site the Dude did take in, and meditate he did on a Tab, a Joint, a Pill, a Tea and a Drink. „How shall I pass?“ he passingly wondered between long dwellings on No-Thing. He tugged on his beard and remembered once more that all men can fly, and so he fleweth to the tree and so did see the Sacred Chao.

And onto the Dude the Spirit of Eris did spake while hanging on a hamok on the Great Apple Tree: „Magic is the Ordered Appearance of Chao, while Spirit is the Disordered Appearance of Chao. The Chao is an Aspect of Dao. This is the Art of Speaking the Ineffable and Performing the Undoable, the Craft of being Sensible, yet Irrational, the Mastry of No-Thing. The Hands of Magic hold 5 fingers each: 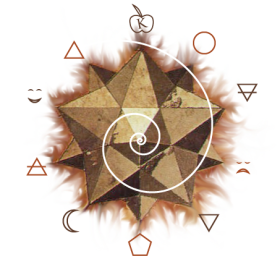 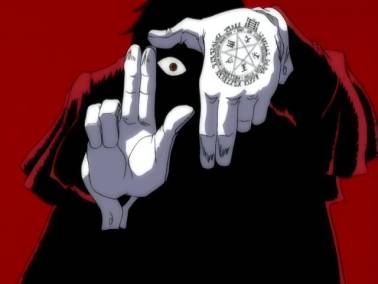 good old Alucard showing it for us

'With these hands of magic you may now go forth and Create Chaos, Visions, Rituals, Tools, and Crafts. And you shall a-gyre the Pendao Wickedly and Wildly.“ And Dude did call out aloud: „Far Out Sis!“, upon which her Grace winked, bit her Apple and vanished into smoke of void followed by everything else. The Dude did Awaken to the Valley of the Shadow of Doubt, along the River named Dao.